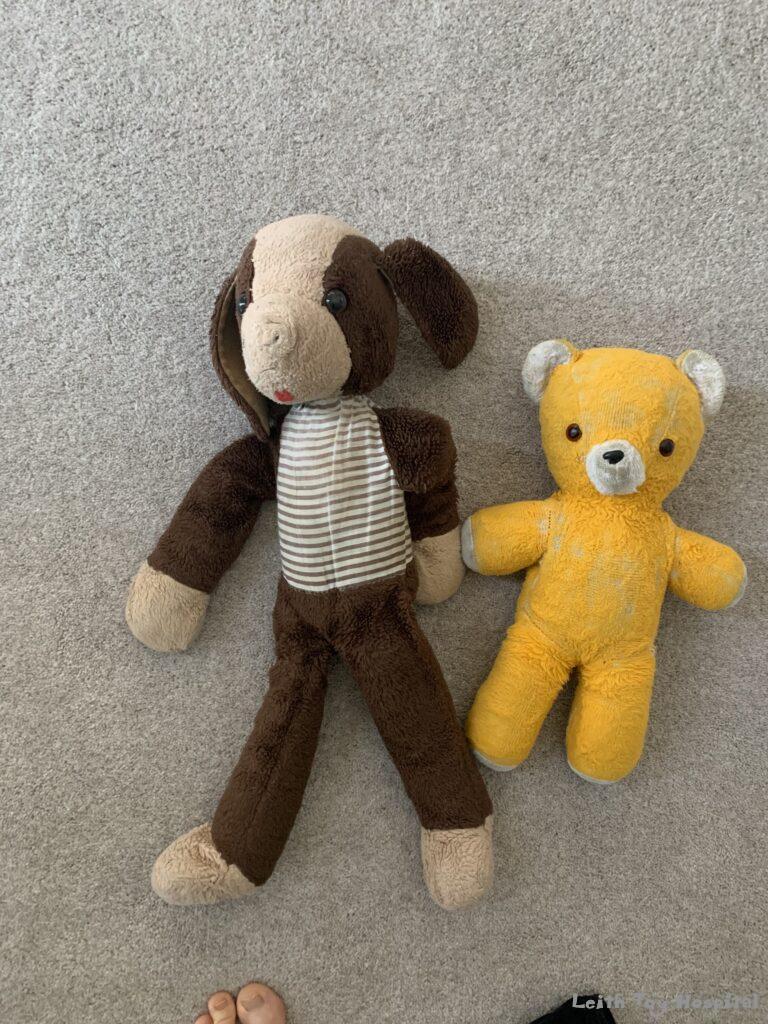 When I was little, Mummy Teddy (also known as Buster and Doggy Scotney) came to live with us.  He came with a little brother and they both wore beige fluffy body warmers. Sadly his little brother was eaten by a family dog; Ted lost his nose to the same dog too, but got off lightly in comparison.

Over the years he has had lots of loving and his neck has got weaker and weaker. We used a little green scarf to help him out but when his hole got too big, he was resigned to the shelf as we were scared he would get even more injured. He had head surgery a few years ago (administered by me). He used to enjoy being in the washing machine.

He has been travelling with me, even to the west coast of the USA where he travelled down highway 1, and saw the grand canyon and Vegas. There he also met one of his best friends,a giraffe with huge brown suede hooves, fondly known as Elvis.

Our family loves their teds and they all have a special place in our hearts. He has always been there for me in difficult times, and now he not only helps me, he helps my own two children who cannot wait to get him back on the circuit for cuddling! I’m planning that he will stay with me forever. I think he would like to appear in a book of many adventures with his other pals; I also think he would like to play the trumpet!

The other character in the photo is DT (Daddy Teddy), one of his best friends. DT has also enjoyed a long life, and these two have pride of place in the grown-ups bedroom. DT has a powerful somnambulatory effect – snuggle his ear and off you go!!