Teddy’s family, the Mackay’s, lived on a rubber plantation, Tebrau Estate (26 miles from Singapore) in what was then called Malaya and is now Malaysia.  In 1915 their first child Norman was born. He wasn’t a very healthy baby and wasn’t thriving in Singapore, so his mother took him to the UK for a few months hoping his health would improve.  They travelled by sea for six weeks on merchant ships. They were torpedoed in the Mediterranean, but mother and baby survived and continued their journey to Scotland, to stay with  Norman’s grandparents, who were retired and living in Edinburgh at this time. Teddy has always been called Teddy and we think he may have been purchased in Edinburgh in 1916.

After a few months in Scotland they took Teddy  to Tebrau in Singapore. This photo shows them in early 1917. Norman is nearly two years old. 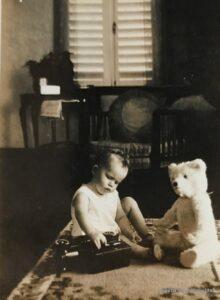 In 1925 the Mackay’s had another child, Ann, known as Andy.  The three photos below show Teddy with Ann at Tebrau, in Scotland, and again at Tebrau. We know that both Norman and Ann were sent to school in Scotland when they were 7 years’ old.  Ann would have left Singapore in 1932 and we think Teddy may well have travelled with her to Scotland.  Ann did not return to Singapore until the Summer of 1940 by which time she would have been 14 years old, so we think Teddy may have stayed with relatives in Scotland.  In January 1941 Ann flew down to Melbourne to go to boarding school and she stayed there until she finished school in 1943 when both she and her mother returned to Scotland. 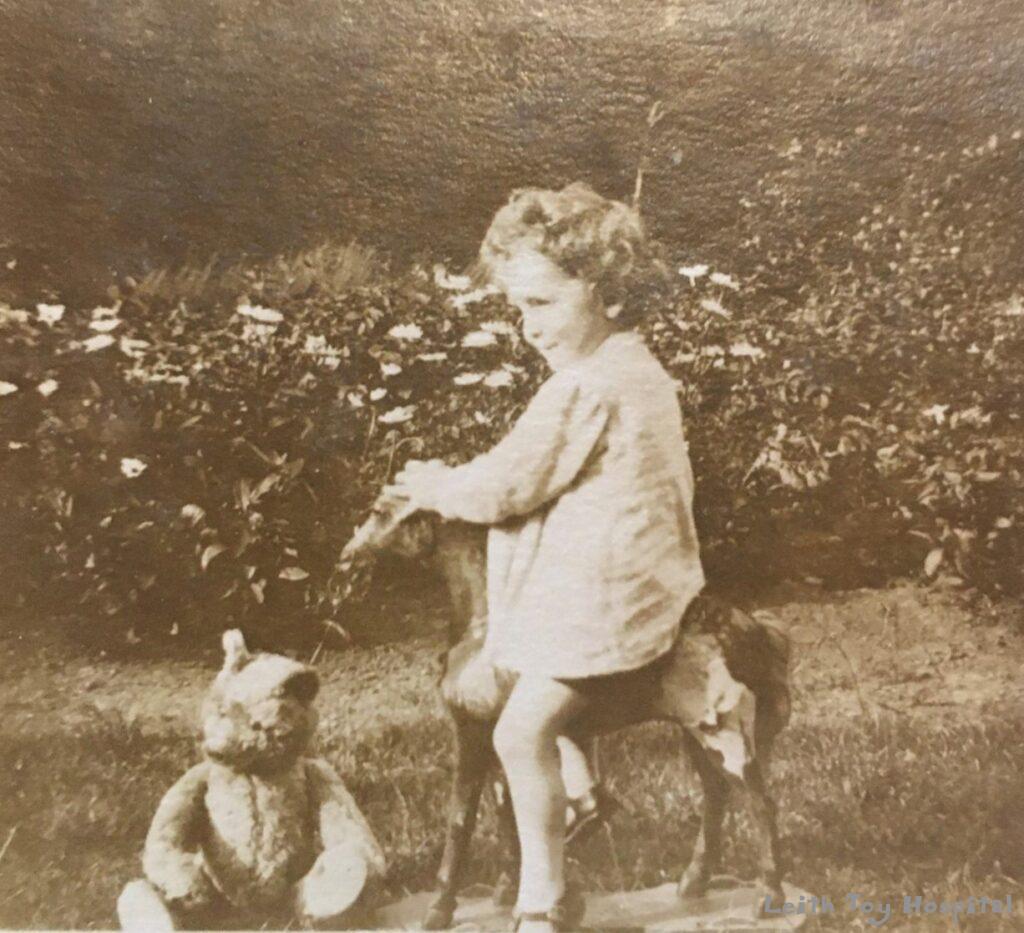 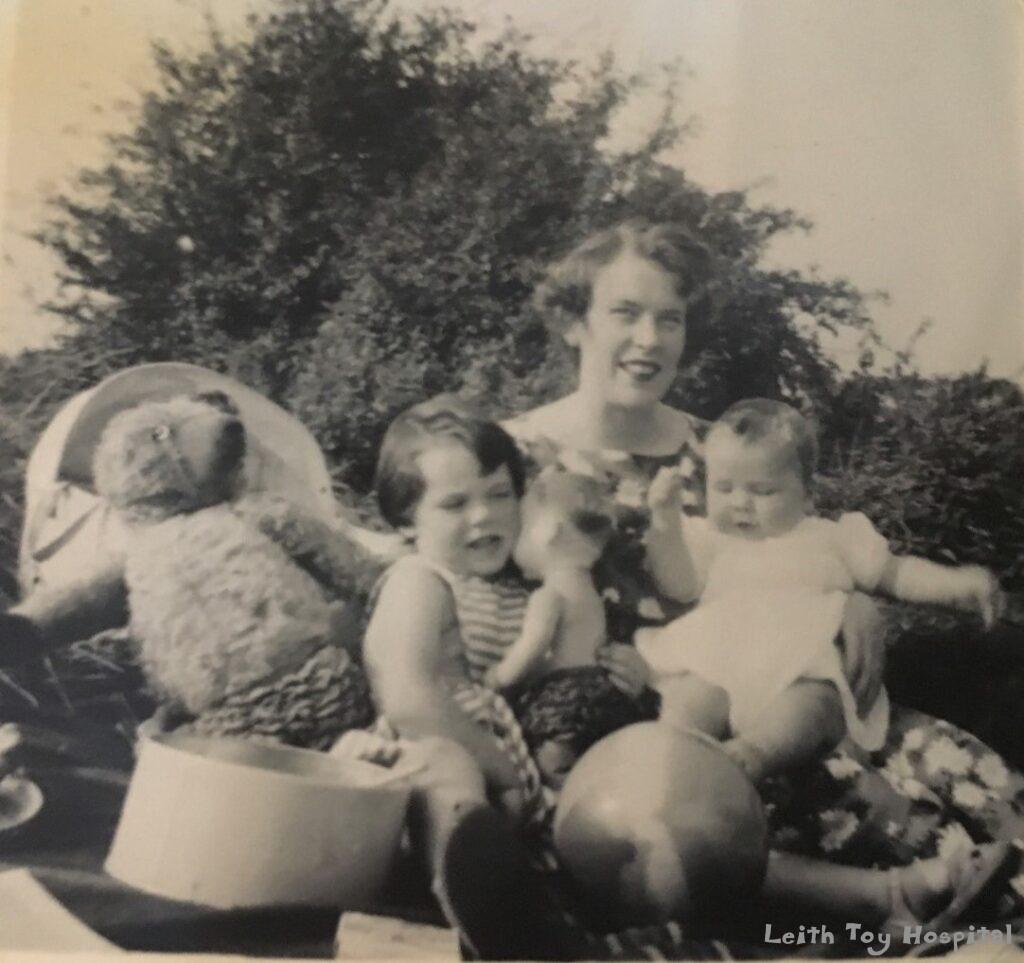 Here is Teddy in 1956. Since this time Teddy has always been around my family. In the 1960s he was dressed in the school uniform of Hill House, Doncaster,  where Ann’s third child Donald studied in the 1960’s.

I am another of Ann’s children, Sue.  I took Teddy to the toy hospital in December 2019. Here he is before he was admitted for treatment. 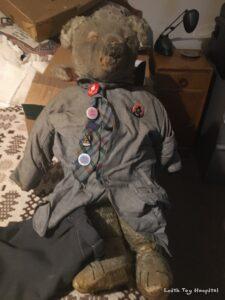