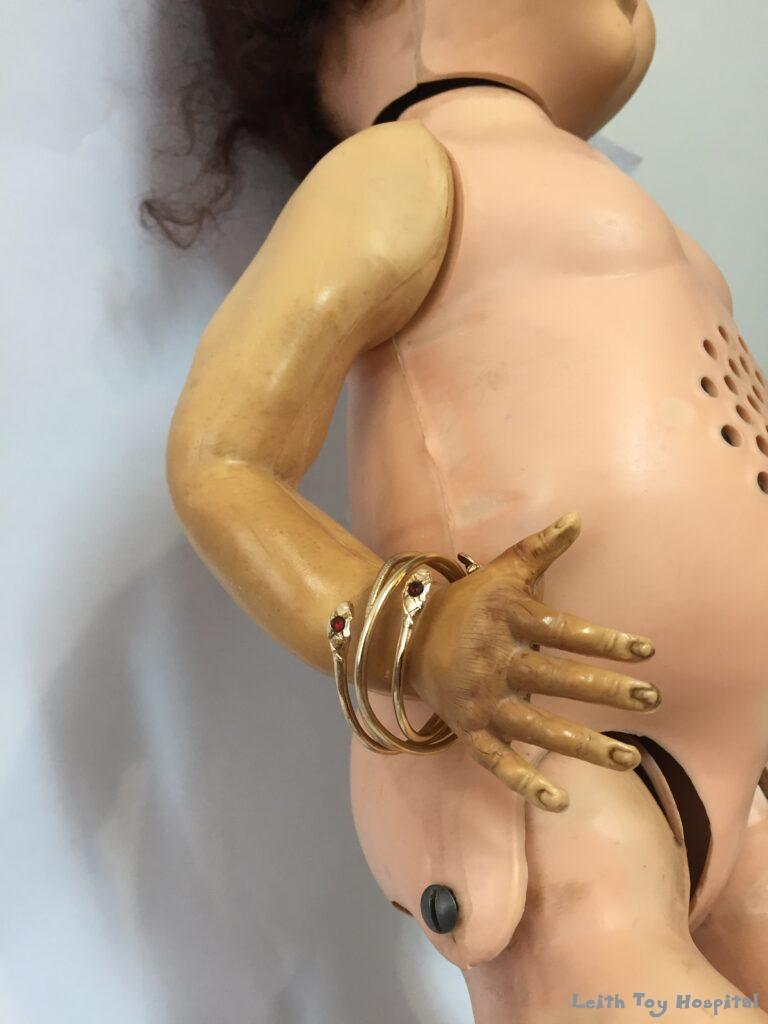 As strange as the name sounds, sad doll disease is an affliction that can affect certain types of hard plastic dolls, predominantly from the middle of the 20th century.

In the 1990s, museum curators began to notice that certain dolls in their collections were changing in some quite spooky ways. Their limbs were shrivelling and yellowing, small red circles were appearing on them, usually about the size of a ten pence coin, and strangest of all, they were crying tears of reddish brown liquid.

Once one doll became afflicted, other dolls in the cabinet would be sure to follow, earning the name: Sad Doll Disease.

As uncanny as this all sounds, there is in fact a scientific explanation. Sad Doll Disease is caused by the breakdown of the particular type of plastic these dolls are constructed with. This produces acetic acid, which disperses into the atmosphere around the doll. This in turn speeds up the breakdown of the plastic of any similar doll in the vicinity.

As the plastic breaks down, it shrivels and yellows. The acid it produces attacks the metal fittings inside the doll, causing them to rust. This then produces both the red spots and the strange tears.

Unfortunately, once this process begins it cannot be reversed. However, the signs of sad doll disease can be masked by making some lovely clothing! Find out about our dolls’ dressmaking service here.

We do recommend keeping dolls with any signs of yellowing or shrinkage, like the images shown here, well away from any other dolls in your collection.

The best way to help prevent this process from beginning is to keep your doll out of direct sunlight, in a well ventilated place. 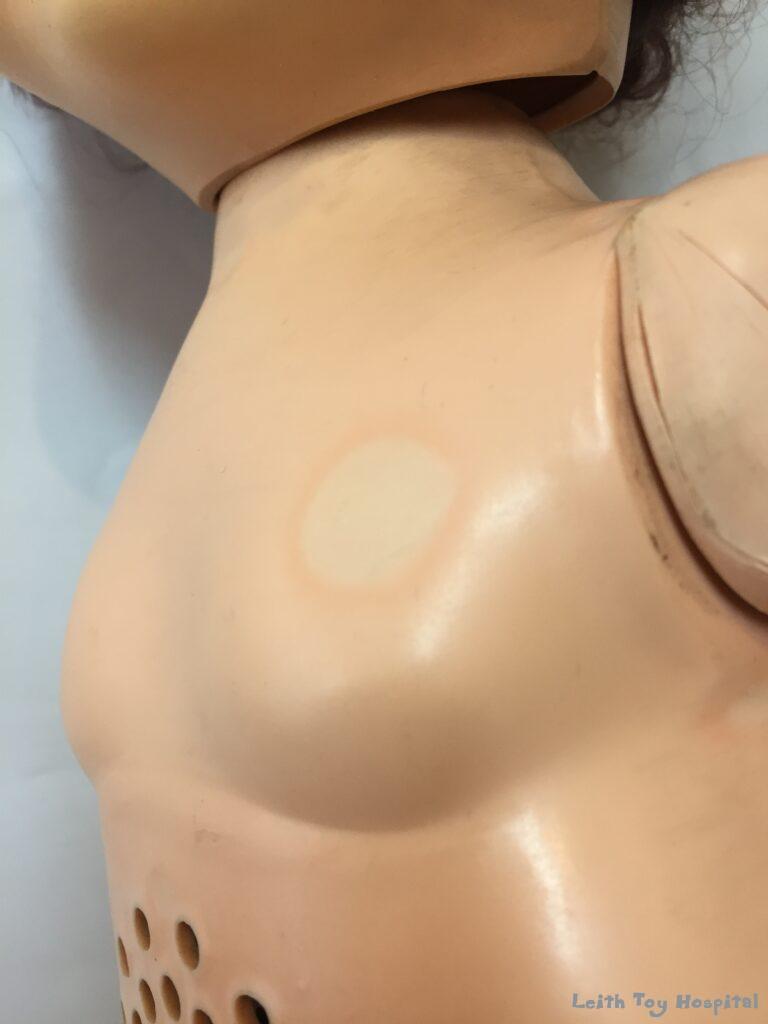 The New Scientist has an interesting article about Sad Doll Disease which you can read here.