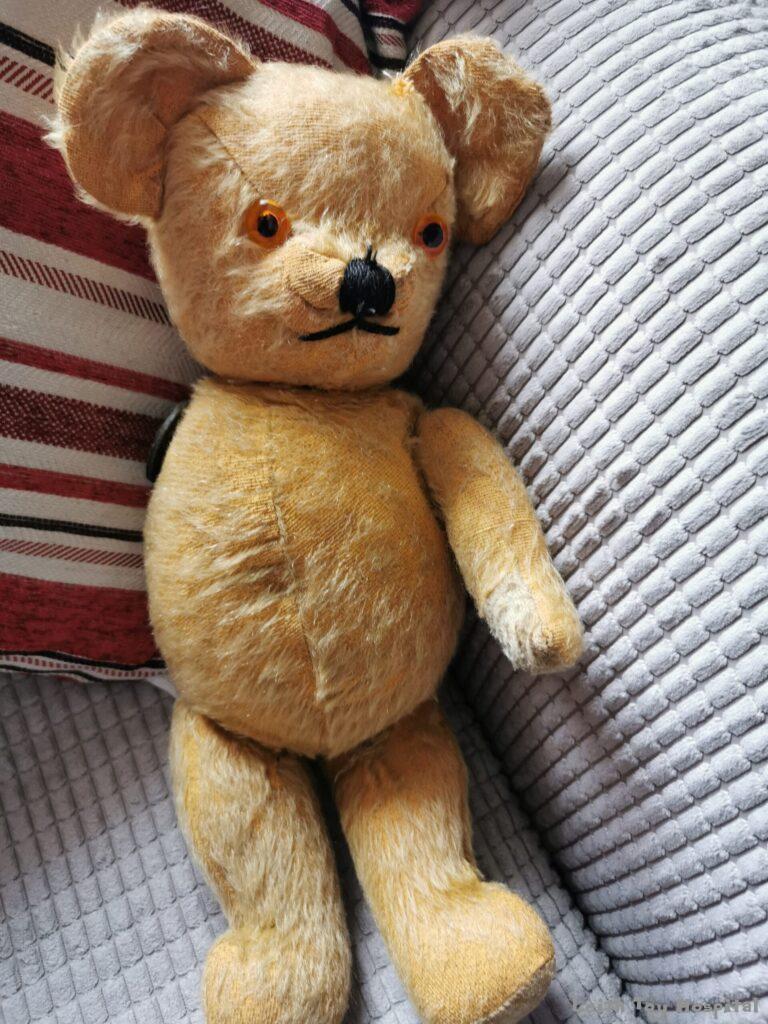 Mary’s bear Ted visited the toy hospital in April 2020. Mary shared her memories of Ted. She said “Ted was given to me for a Christmas present when I was only four months old, so he has always been there for me. He has helped me through so many difficult times, such as the loss of my grandparents, the ending of my parent’s marriage and my own relationship  breakdown: he has been with me through thick and thin. Ted is very loyal: he won’t talk if you tell him your secrets! Now it is Ted’s turn for a little TLC: he came to the toy hospital for a new arm, some stitching, and a tidy-up. I remember having another cuddly toy called Count Duckular, who I haven’t got any more: but Ted has his home with me forever.”