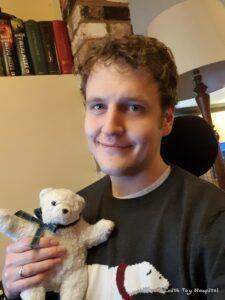 Tobias says: “Polie was given to me by my grandma on the day I was born in 1993. My earliest memory of him is that he lost his eye under the foundations of my family home’s extension when I was very young. He has been a one-eyed bear even since, and I wouldn’t change that.

His primary communication method was to whisper in my ear, as only I could understand him. He went with me on the first day of school, where I accidentally dropped him in the mud, and I cried (establishing my macho reputation among all the other kids).

Sylvester the stuffed cat (of Looney Toons fame) was my brother’s counterpart to Polie, and he was Polie’s nemesis. Sylvester was responsible for all the damage ever done to Polie – but retaliation also came poor Sylvester’s way (even once having his head put down the loo). Luckily a truce emerged in our teenage years, though Polie still bears some scars. Once Polie was even decapitated in the seemingly endless war my brother and I had against each other’s stuffed toys. Historically he’s had about every repair you could think of! Grandma carried out repairs for the first twenty years, and I took over almost ten years ago. Sadly, my skills are poor and so Polie had several holes which were beyond my skill to fix. After a lifetime of repairs, he had also lost a considerable amount of stuffing. Now he has had patches and seam repairs at the toy hospital. My Grandma, now into her 90’s (though if you ask, she will tell you she’s 35) is almost as happy as I am with Polie being repaired. She wishes she could have done it herself, but age has snuck up on her.

I was overjoyed; and to this day I often think on the kindness shown by this complete stranger to me. I will be forever grateful to her for reuniting us.

Polie will now be having a few quiet months to recover, nestled on my bed. However, when the world reopens after Covid, I’m sure his adventurous side will take hold and we’ll be exploring again! 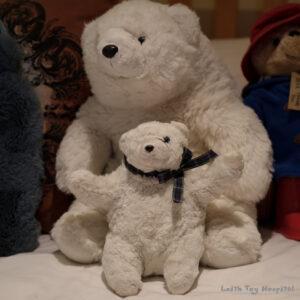 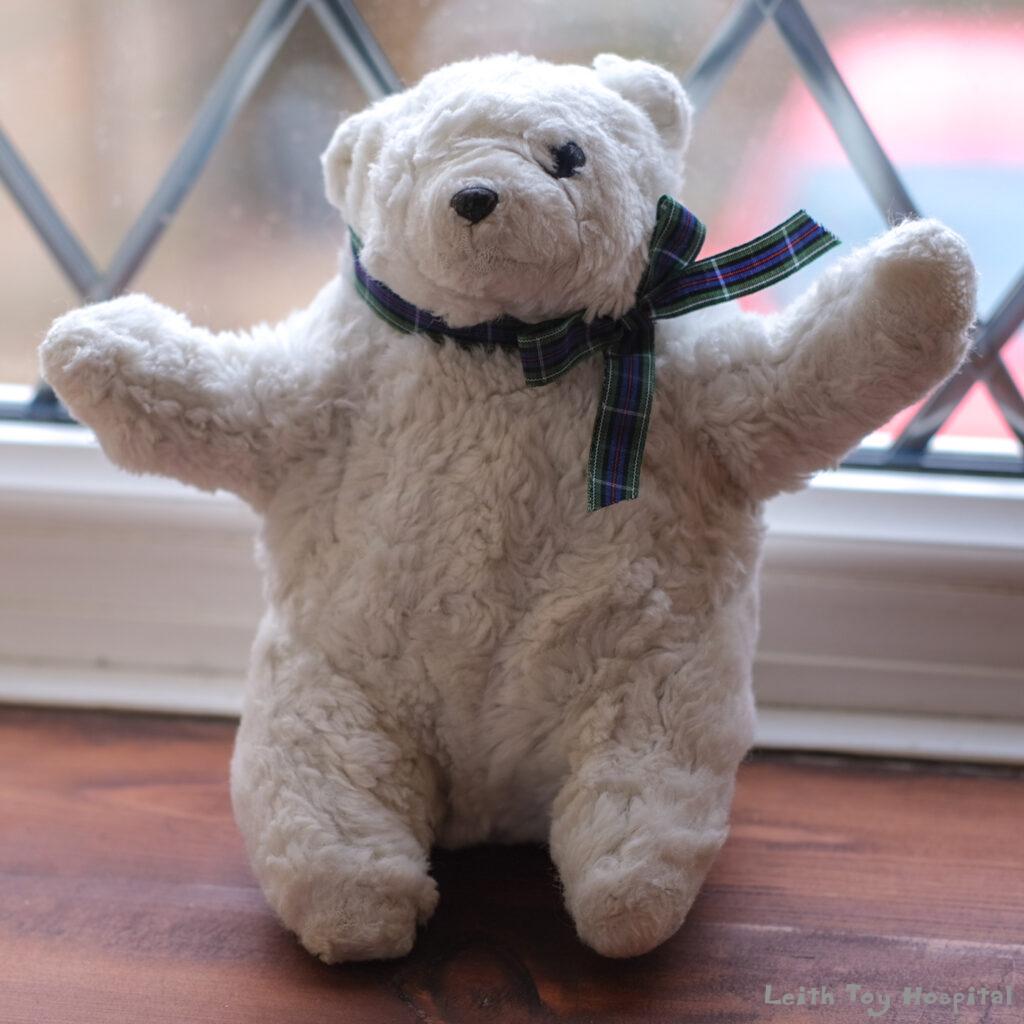