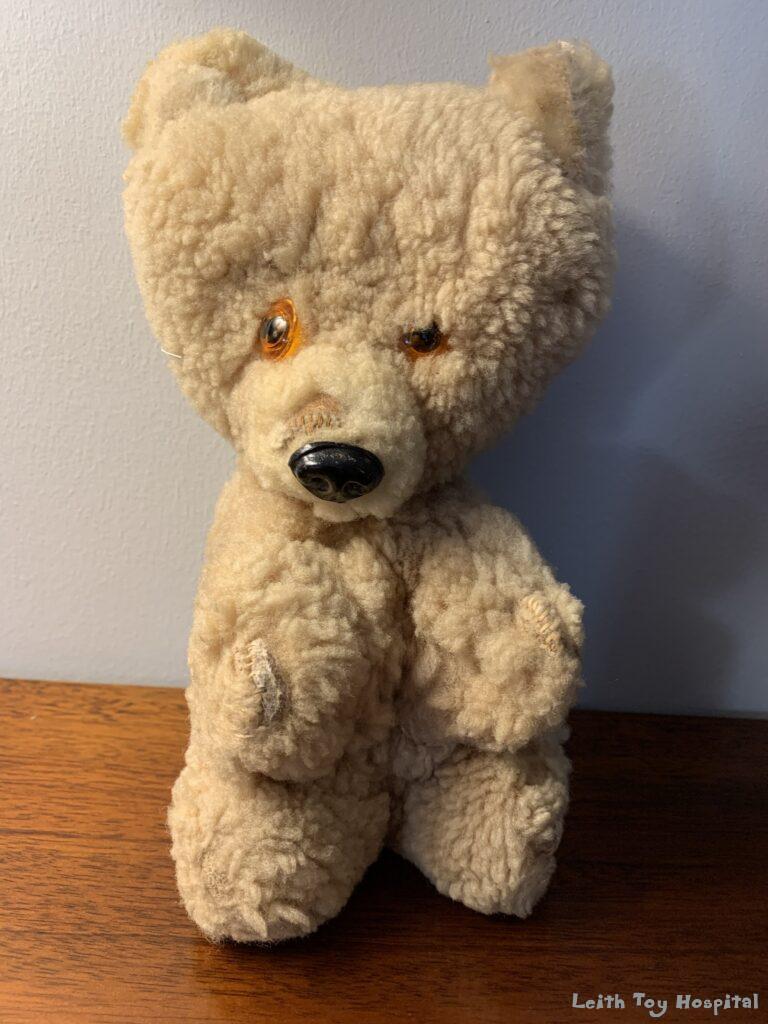 Ian said: “I first met The Bear with No  Name when I was about seven. He belonged to my mum, who was given him as a birthday present in the 1950s. When we were children, my brother and sister and I were allowed to play with him and listen to his music, or to his voice as he sang to us. We had a rapidly-changing life, and moved every year from one town to another. Bear lived in Yorkshire, Suffolk, Warwickshire, Berkshire and London before finally settling in Buckingham. He was a steady influence throughout it all. Since my mum died, he has stayed in a cupboard along with other treasured memories. But he was a treasured companion and the only link I have to my Mother who supported me and my brother through a lonely childhood, so I sent him to the toy hospital for some TLC. We had played with him too many times, and he had lost his voice: he is 65 now! Bear can rest easy now: my son knows his history and will safeguard him forever.”